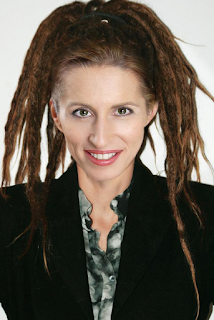 The same Rob Ford she publicly accused of groping her posterior, despite eyewitnesses who claimed not only was she lying, but that she boasted she intended to "set up" the mayor.

It`s here at her vanity publication The Women`s Post.

In the most recent volume of her publication Thomson wrote:


" I kept telling myself he’s an addict have sympathy. The next thing I knew his hand was on my butt.... I turned back to him and he had the same salacious grin on his face I’d seen once before. All the worries I’d felt then came rushing back to me.  What if a video of it appeared online? Would it look like I “liked” it. I was after all smiling for the camera’s. How would the press spin it? Would they frame it as a secret tryst between us? "

Woodrow Wilson once said, `I  have always been among those who believed the greatest freedom of speech was the greatest safety, because if a man is a fool, the best thing to do is to encourage him to advertise the fact by speaking."

Thomson titled her fantasy piece My nightmare about Toronto's mayor.

A worse nightmare would be in the horrible author of that piece were ever to have a position of authority over other people. Thank God voters have seen enough sense to keep that nightmare from happening.