For most men, a fantasy leading to arousal and orgasm is not the dream of being left alone in a mundane, nondescript office with a couple of posters of mass-produced, pedestrian art on the wall and a pornographic magazine for an inspirational boost. 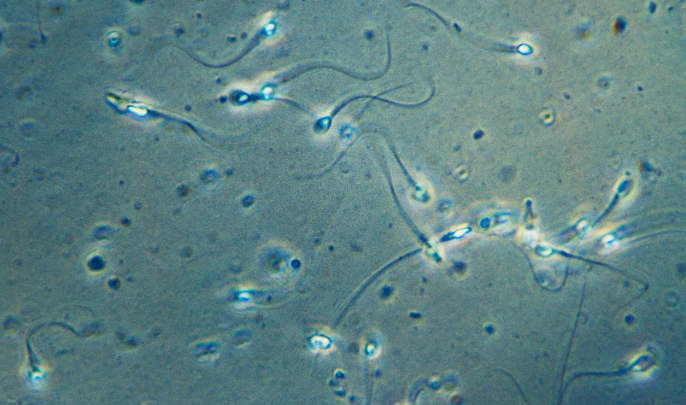 But the sperm donor is an entirely different sort of guy.

A growing number of people; in some cases infertile couples, in others, women desperate to reproduce but lacking a male in their lives willing to father a child with them, have turned to the anonymous sperm bank donor for a solution.

But there's a major downside to that approach, aside from the obvious irritants of expense and invasive medical intervention in something that, for most of us, is a natural biological process.

There have been recent court cases highlighting some of the legal quandaries emerging from this relatively new phenomenon, but the consequences to sperm donation are often far worse.

As much as many social scientists would like to believe that personality and human characteristics are a consequence of environment and education, real science points to genetics as being the overwhelming factor in shaping our personalities.

Odds are, it's going to be a guy with some serious psychological problems. The kind of problems that are very likely to be passed along to the products of such conception.

That assertion outrages some women, particularly childless women in their mid-thirties to early forties who hear their biological clock winding down but don't want to be compelled to deal with a prospective father for the foreseeable future. These women often insist that sperm donors must be wonderful, altruistic men who are prepared to bestow an invaluable gift to those in need.

But try asking a sane man whether he would want to be an anonymous sperm donor. Almost invariably,  the response is a disgusted shake of the head and a loud "no!"  It's one thing, in jurisdictions where sperm donors are paid, for a drunk college kid to extemporaneously find a convenient way to continue a drinking binge. But to walk in dead sober and do what needs to be done requires a very peculiar personality-type. Narcissism combined with social maladjustment are a couple of the features that spring to mind, but not in as fun, or as smart a way as The Big Bang Theory. They are features one might not want to see in anyone's offspring, especially their own.

I know women that are still sceptics. Try asking them if the roles were reversed, would they anonymously donate an egg so that someone else could have one of her children; a child she would never see or hold or meet?  The typical first response is to point out how the medical procedure for egg collection is not comparable as it requires painful surgery. Fair enough.

But what if, hypothetically, the method for a woman was the same as for a man? What if all it required was for a woman to go in that room and stimulate herself to orgasm to cause an egg or two to cheerfully pop out of her into a sterile receptacle, never to be seen again, either in pre or post natal form. Would a psychologically balanced woman do it?

I think we all know the answer to that one.

And there are studies that confirm it. Offspring produced by sperm donation have a very high rate of psychiatric problems.

Apparently in China, they've found a way of improving the gene pool of sperm donors that is typical of that country's methodology since Chairman Mao. They force people to do it.

But until we adopt that means, which we likely never will, it's worth considering that if nature doesn't want something to happen, maybe it shouldn't.
Posted by Richard K at 2:51 PM

This is a very Useful and good Blog about Sperm Bank Centre. There are many Blogs about this topic but it is Good One Thanks for Sharing It.