Rob Ford released a public letter today in which he clarified his remarks and stated that to his direct knowledge, The Toronto Star's Daniel Dale was not taking pictures of his children or property.

I won't be taking legal action against the mayor, and I’m looking forward to getting back to work.
— Daniel Dale (@ddale8) December 19, 2013 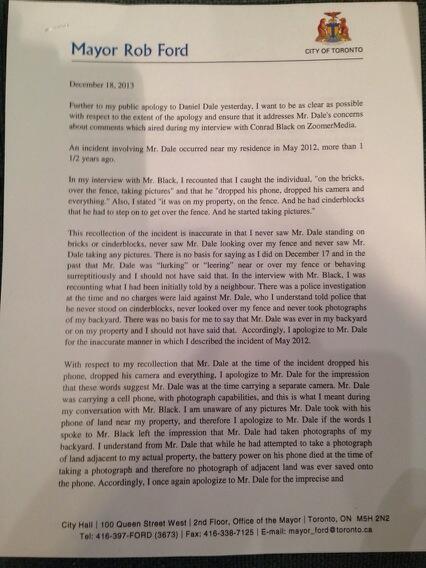 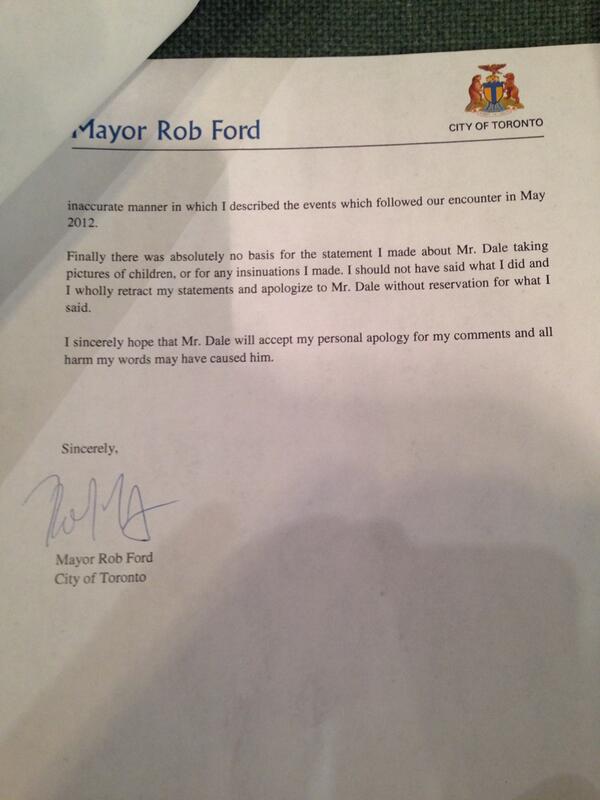 Dale has said the suit against Zoomer Media remains outstanding.
Posted by Richard K at 8:31 PM

So he's admitted to yet another lie.

You must be so proud!

If it was a lie, as opposed to an error, it still was about personal nonsense and not public policy and cost us nothing.

As opposed to Kathleen Wynne's many lies which will cost every person in this province hundreds, if not thousands of dollars each tear for decades.