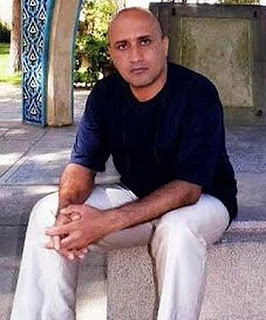 Sattar Beheshti, an Iranian anti-government blogger was arrested by Iran's state authorities and murdered by police while in custody.

Iran claims the 35 year-old died of "natural causes."  In Iran, critics of the government are considered to have died naturally when tortured and killed by police or the Revolutionary Guards Corps. Behehti joins a long list of journalists critical of the Iranian regime, including Canadian photojournalist Zahra Kazemi, to have been eliminated by the totalitarian theocracy headed by Ayatollah Ali Khamenei.