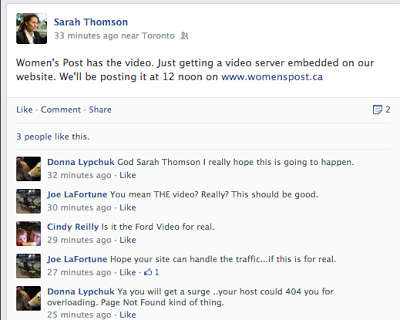 It has been noted she doesn't say what video, but the implication is clear that she means the  "Rob Ford crack video,"  the actual existence of which has never been validated.

It looks like nothing more than another desperate ploy for attention.

The latest since last week.. groan...

UPDATE: This be the video..argghh... A sad attempt to trick people into watching her narcissistic campaign.  Not sure which is worse, the horrible song itself, the shrill singing...

It must be the song she did with STFU Girl.