'Tin Foil' Tom Mulcair, who is running anti-Israel fanatic and socialist loon Linda McQuaig in a bi-election, says Rob Ford will 'rub off' on Harper 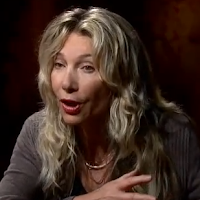 Ford, who stands an excellent chance of being reelected as Toronto's mayor next year, is neither Harper staffer, adviser, Conservative MP nor a federal Conservative candidate.

Mulcair has however endorsed the moral imbecile, anti-Israel fanatic Linda McQuaig, whose economic goals resemble that of the morons at an Occupy movement encampment.

McQuaig is the NDP candidate in the bi-election in the Toronto Centre riding to replace the retiring Liberal MP, Bob Rae.

So if Rob Ford is going to 'rub off' on Harper, then Mulcair may want to take a shower to clean off the feces he has covered himself in by his close ties to Linda McQuaig.
Posted by Richard K at 10:30 AM

Don't forget that Mulcair also questioned if Osama Bin Laden was really killed in Pakistan by the U.S. military.

Loon is an appropriate term for him.