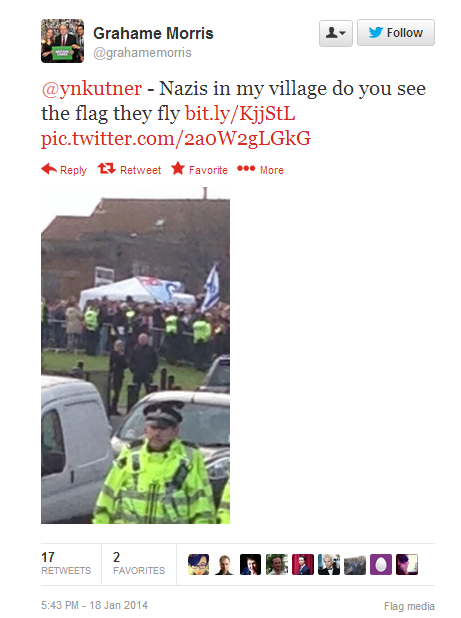 Labour’s Member of Parliament for Easington in the north of England has provoked outrage today after insinuating that the Israeli flag in some way had a link to Nazism.
Grahame Morris, who was elected to the northern seat in 2010, has been tweeting aggressively anti-Israel statements for a while now, and today appeared to jump the shark from baseless criticism into overt anti-Semitism. “Nazis in my village,” he tweeted, “do you see that flag they fly[?]” implying some link between the two.