Mitch Wolfe: Ford Nation Is Stronger Than Ever

...On the sixth day, on Whitehall Drive, in Rosedale, all the hydro workers I interviewed supported Ford's decision not to call a SOE. They also appreciated Ford's show of confidence in them and the superb work they were doing. These hard-nosed workers, dripping with ice and snow spoke glowingly of their mayor with whom they identified.

Then it struck me. OMG -- Ford has captured Toronto's union and non-union people: the hydro workers, the TTC guys, the cops, the firemen. Toronto's hard working men and women, who help make the city tick.

Because they can identify and feel comfortable with this rough, boorish, fat everyman, with all his flaws and his personal demons. More than the elitist leftists on City Council. And more than Olivia Chow, with whom they have little in common...


Related: Olivia Chow is doing a book launch in a couple of weeks at the home of the International Socialists at 427 Bloor Street West in Toronto: 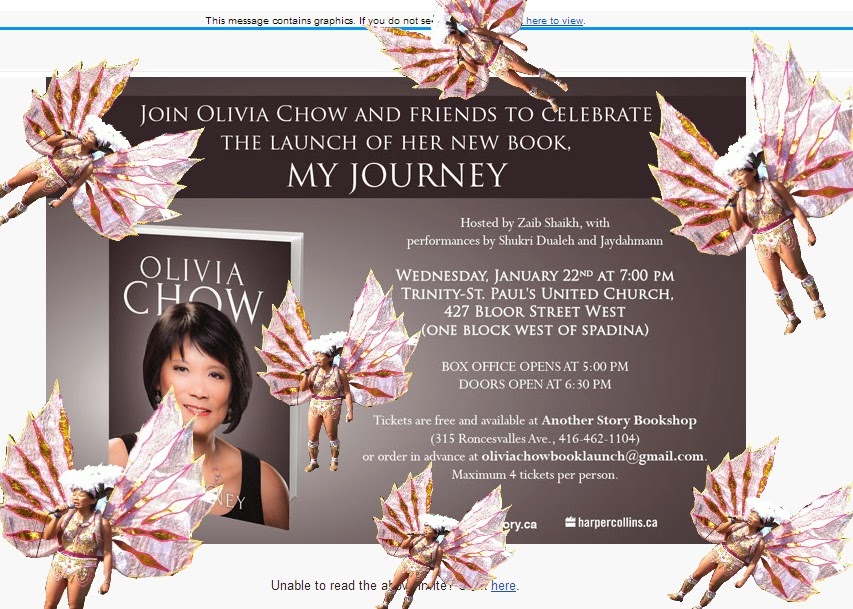 Expect there to be a lot of glowing stories about Olivia Chow at the CBC this year.

I'll bet the Hydro guys liked the insane amounts of overtime even more! Let's see, continuous 12-hour shifts for over two weeks at roughly $25 bucks an hour before overtime, including three statuatory holidays equals ... a whole fuckton of money.

In keeping of his long standing modus operandi, though, Hizzoner doesn't actually want to pay for any of it. It seems to only become an emergency when the bills come due.

The best part? Slim wants Kathleen Wynne - who he and his shithead brother can't stop saying is incapable of holding onto a dollar - to cover the tab.

Also, demanding tax cuts while you're pleading poverty in dealing with the ice storm is ballsy as fuck, but it hardly makes a compelling case for provincial charity.

And no one's heard a peep out of the feds, other than Harper's "Merry Christmas in the dark" tweet.

Maybe the Dixon City Bloods can chip in! Never let it be said that I don't offer alternatives.

This is the best line ever!

"Then it struck me. OMG -- Ford has captured Toronto's union and non-union people: the hydro workers, the TTC guys, the cops, the firemen. Toronto's hard working men and women, who help make the city tick."

Y'know, except for the 55% of the city that refuses for vote for him under any circumstances, assuming that Forum Research's historically wrong and hysterically inflated numbers are even close to right.

Better title: My Journey ... With Your Money.

So, following your logic, 80% didn't vote for Smitherman.

Must be nice living in your leftist bubble all the time, huh?

The best part of the week was Crackhead Rob saying on Wednesday that he could easily dig $50 million out of the couch cushions on before pleading poverty on Friday.

There's a great ad in there, I'm willing to wager.

You're absolutely right. And I didn't vote for Smitherman, either. I voted for someone who had already dropped out.

And if you read what I write very carefully, you'll notice that I'm not attacking Ford from the left, but from the right.

Just because Etobicoke Slim calls himself a conservative - which I dispute heartily - and doesn't like paying for stuff, that doesn't mean that I have to to.

As a matter of fact, I've argued from the beginning that the endless fucking doltishness of Ford Nation's fiscal ignorance would be the death of conservatism in this city, which is the real danger of Crackhead Rob.

His rhetoric might be different from the Left's, but his governing philosophy ("Let someone else pay for it") or his accounting (in maximizing his accomplishments and minimizing his shortcomings) isn't.

Lookee, as someone with a dark sense of humour, I wouldn't at all mind seeing Ford win re-election. I'm pretty sadistic that way.

But as someone who would rather not see conservatism annihilated forever here, not so much.